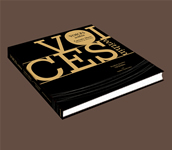 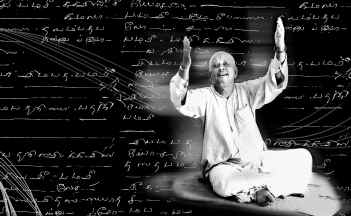 “Voices Within (Carnatic Music – Passing on an inheritance)“, the book written by Bombay Jayashri, T.M. Krishna – “young practitioners looking at the lives of the masters through the prism of their own experience” and Mythili Chandrasekar, was released in Chennai in a grand function held at The Music Academy. The whole exercise was very well planned and executed I must say. From the choice of The Music Academy as the venue to auctioning the first copy of the book for a social cause to having copies of the book available for perusal and purchase outside the Academy, it was all a very good marketing exercise. The setting done on stage and the lighting effects used were very good.

The program started with a group of children aged between 8 to 13 (?) years, presenting gems sung/played by the masters with T.M. Krishna and Bombay Jayashri taking turns to introduce the masters before the song associated with them began. The “concert” the youngsters presented was simply too good. The extended round of applause they achieved in the nearly packed Academy was testimony to their brilliant performance. The choice of youngsters to present the songs I felt fit very well with the title of the book itself which has the phrase “Passing on an inheritance” in it. The following are the details of the songs presented:

Artists (I hope I got the names right):

The tODi alapana done by Karthik Narayanan (?) was simply brilliant. The range his voice traversed and the fast prayogas that he used were simply unbelievable. The mridangam accompaniment provided by Praveen Kumar was just too good. What clarity of sollus and what a beautiful accompaniment for songs !!!! All these children certainly have a great future in carnatic music if they diligently pursue it.

After this “concert”, extracts from the book were read out by two theatre personalities (?) whose names I think were Yog and Shruti Gupta. A short film of the presentation of the first copy of the book in Delhi to the President of India Sri A.P.J. Abdul Kalam was then shown. This was followed by a beautiful short movie titled “Shadows on the Wall and Voices Within” made for the book by Rajiv Menon. The movie was very well made and it would have been good had it been made available in a CD form with the book itself for purchase.

The program culminated with an auction of the first copy of the book for charity which I think finally fetched Rs. 50,000 and with vote of thanks by Smt. Bombay Jayashri and Sri T.M. Krishna. The book was available for purchase outside the Academy at a discounted price of Rs. 1710 per copy.